A paper published in the scientific journal 'Nature Scientific Reports' demonstrates how Virtual Reality group experiences can produce responses similar to those triggered by psychoactive drugs, such as hallucinogenic mushrooms or LSD.

Describing the sensations that arose immediately following a left-hemisphere stroke, brain scientist Jill Bolte Taylor recounted: "I could no longer define the boundaries of my body. I can't define where I begin and where I end, because the atoms and molecules of my arm blend with the atoms and molecules of the wall, and all I could detect was this energy... I was immediately captivated by the magnificence of the energy around me. And because I could no longer identify the boundaries of my body, I felt enormous and expansive. I felt at one with all the energy that was, and it was beautiful".

The American neuroanatomist's account is one of many well-known examples of 'self-transcendent' experiences: a term coined to describe transient mental states in which the subjective sense of oneself as an isolated entity can temporarily fade into an experience of oneness with other people or the environment, involving the dissolution of boundaries between the sense of self and others.

"Getting lost while reading a book, or during the writing of a computer code, are everyday examples of a relatively weak self-transcendent experience," says David Glowacki, an expert in Virtual Reality and researcher at CiTIUS (Singular Centre for Research in Intelligent Technologies at the University of Santiago de Compostela, Spain). "However, the profound sense of interdependence with the cosmos that arises from a mystical experience, or 'encounter with God', represents a considerably more intense form of this type of experience," continues the American scientist, who from this centre of reference in Europe for research in Artificial Intelligence, also leads the 'NanoVR' project, an initiative funded by the European Research Council with €2 million, in which new forms of nanoscale design will be developed through Virtual Reality.

Recent research published in various fields of study (psychology, neuroscience, philosophy, pharmacology or theology) has drawn attention to the meaning and perception attributed to these experiences by people who have undergone them. Thus, there is now a growing scientific interest in investigating the therapeutic potential of this type of experiential phenomenology, which diminishes ego identity, increases the sense of connectedness and is associated with lasting therapeutic benefit in the treatment of depression, addiction and anxiety at the end of life. The aim is to unravel how such 'experiences of self-transcendence' might be induced in laboratory contexts, in order to harness their potential mental health benefits. 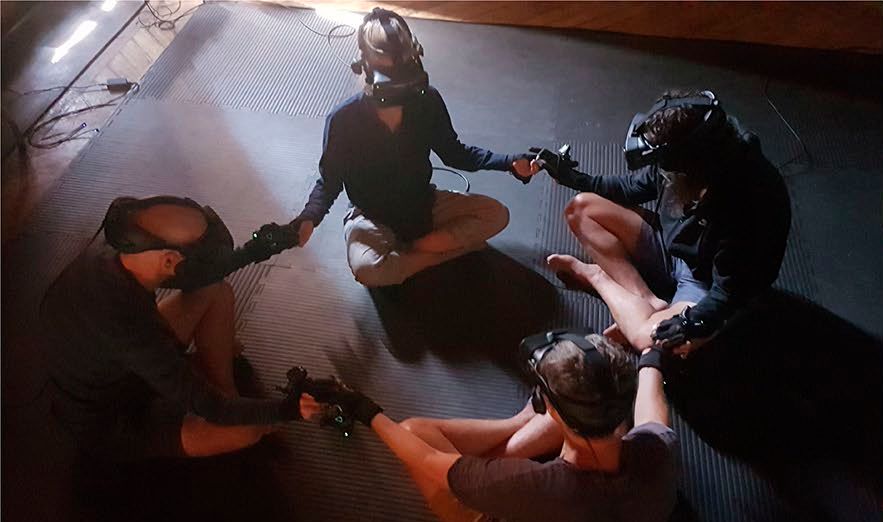 Glowacki, founder and head of the Intangible Realities Laboratory (IRL), says that the controlled use of psychedelic drugs (chemical compounds such as psilocybin, found in hallucinogenic mushrooms, or LSD) represents a particularly promising approach: "for example, a study published in 2006 showed that 67% of participants who had these subjective experiences while taking psilocybin as part of a 'psychedelic psychotherapy' programme considered the experience to be among the most meaningful of their lives." Nevertheless, these therapies face a number of taboos and practical challenges to their widespread administration: their intense phenomenology sometimes provoke fear or panic and associated physiological responses, the onset and duration of which are often beyond the therapist's control, making it difficult for the therapist to positively direct the patient's experience. In addition, many questions remain about how best to determine an appropriate target dose that reliably elicits therapeutic effects and minimises risks.

Given the complications associated with the administration of psychedelics, there is already alternative research exploring non-pharmacological technologies to safely and reliably elicit these states. "Of these, Virtual Reality has emerged as a particularly interesting candidate, given its ability to create strong alterations in perceptual phenomenology," says David Glowacki.

Together with his colleagues at the IRL, he has been working for years on a multi-person Virtual Reality experience, which they have called Isness. In this environment, groups of up to five participants experience together the collective emergence, fluctuation and dissipation of their own bodies: Isness creates an abstraction of the human body as a luminous and diffuse energetic essence, an aesthetic representation which is associated with 'spirit' in various wisdom and meditation traditions. 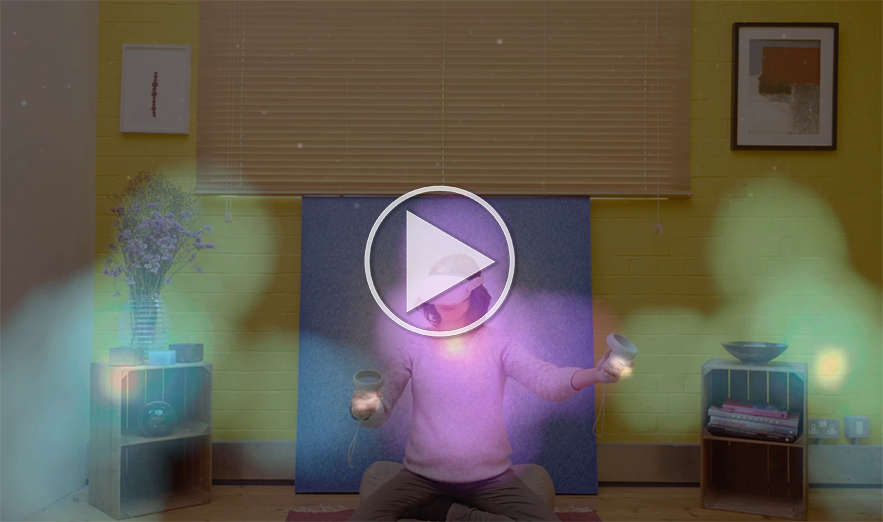 In a recent paper published in the journal Nature Scientific Reports, the researchers go a step further in the design of these intersubjective group spaces, allowing participants located in different parts of the world to cohabit the same virtual space in order to have a remote experience of corporeal overlap. "We continue to improve our technology to safely generate these experiences of self-transcendence from Virtual Reality and thus contribute to the development of therapeutic alternatives," say the group.

Specifically, Glowacki's lab has built a cloud-based, multi-person Virtual Reality experience called Isness-D (Isness-distributed), which blurs the conventional boundaries of personal space that humans usually keep between themselves. Isness-D participants have accessed this virtual space from a network of nodes in different countries around the world (USA, Germany, UK), in which they are represented just as luminous energy essences, whose radiance is concentrated around their hearts. "The new technology moments of 'energetic coalescence'," explains Glowacki, "a new kind of intersubjective experience in which bodies can fluidly merge, allowing participants to include other individuals in their self-representation". The bodily boundaries of Isness-D are fuzzy, blurred and soft: they extend beyond the limits of the physical body, making it difficult to clearly specify where one body ends, and another begins. 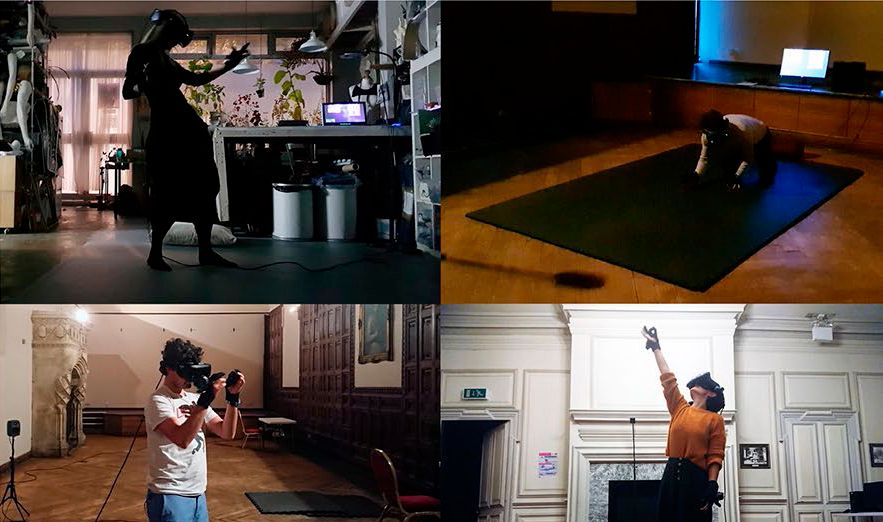 To compare the therapeutic effects of this new technology with pharmacological treatments, Glowacki and his colleagues adopted a citizen science approach, coordinating an international network of Isness-D 'nodes'. "We analysed the results using 4 key scales applied in previous studies with psychedelics to assess the subjective phenomenology of Isness-D". "In fact, and to the best of our knowledge, this work represents the first attempt to analyse a Virtual Reality experience using these measurement scales," they say.

"Despite the complexities associated with such a distributed experiment, Isness-D scores on all 4 scales were statistically indistinguishable from those of recently published psychedelic drug studies". The authors note that these results "demonstrate that distributed Virtual Reality can be used to design intersubjective self-transcendent  experiences in which people dissolve their sense of self in connection with others, and may therefore offer similar therapeutic benefits that these techniques can have in the treatment of various pathologies". For their part, participants also expressed positive emotions, as well as an "overwhelming sense of calm and relaxation" at the end of their Isness-D experience. This was reflected in their responses in the subsequent questionnaire provided by the research team, with eloquent phrases confirming their level of enjoyment: "I feel remarkably happy. There's something very happiness-inducing about this whole practice."